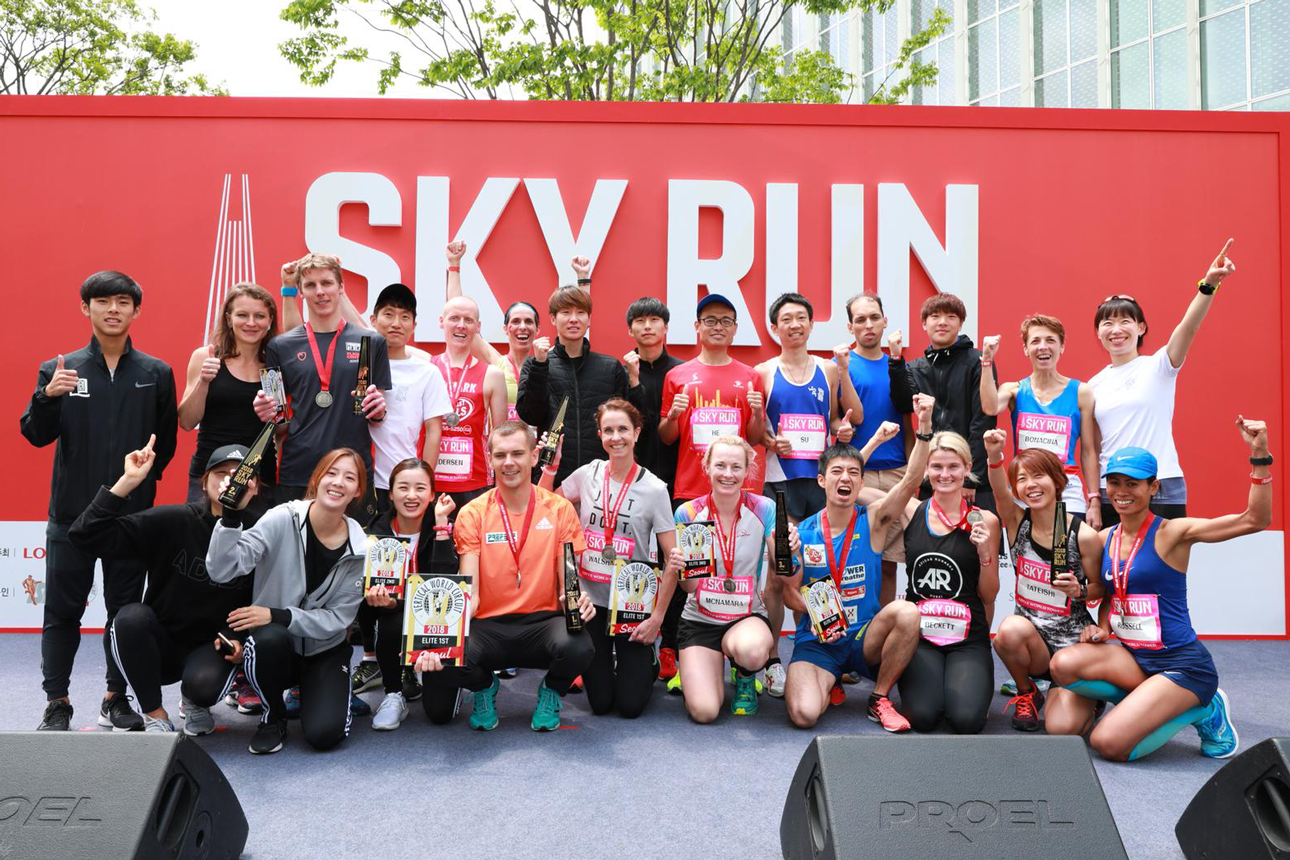 Launching the 2019 Vertical World Circuit® will be a glittering star line-up of elite athletes at the Lotte World Tower International Sky Run on April 6 in Seoul, South Korea.

Lotte World Tower is the world’s fifth tallest building and the circuit’s highest race – topping out at 555m above street level with a lung-busting 2,917 steps.

“We are very pleased with this year’s response, as we sold out all 1,500 slots on the first day of registration,” said Gwang Young Lee, CEO, Lotte Property and Development. “We hope that our race will continue to play a major role to promote and inspire vertical running in Asia and the rest of the world. We appreciate International Skyrunning Federation for their recognition and support since we started this program in 2017.”

Australia’s Suzy Walsham, seven-times VWC champion and race record holder in 18’45”, commented, “I am super excited about the first races of the 2019 Vertical World Circuit® and looking forward to tackling the tallest building on this year’s Circuit first. Lotte Tower is a stunning building and the stairwell really nice, even if we do have to climb more than 120 floors! I’ve been training hard and hoping to start the year with a good race in Seoul.” 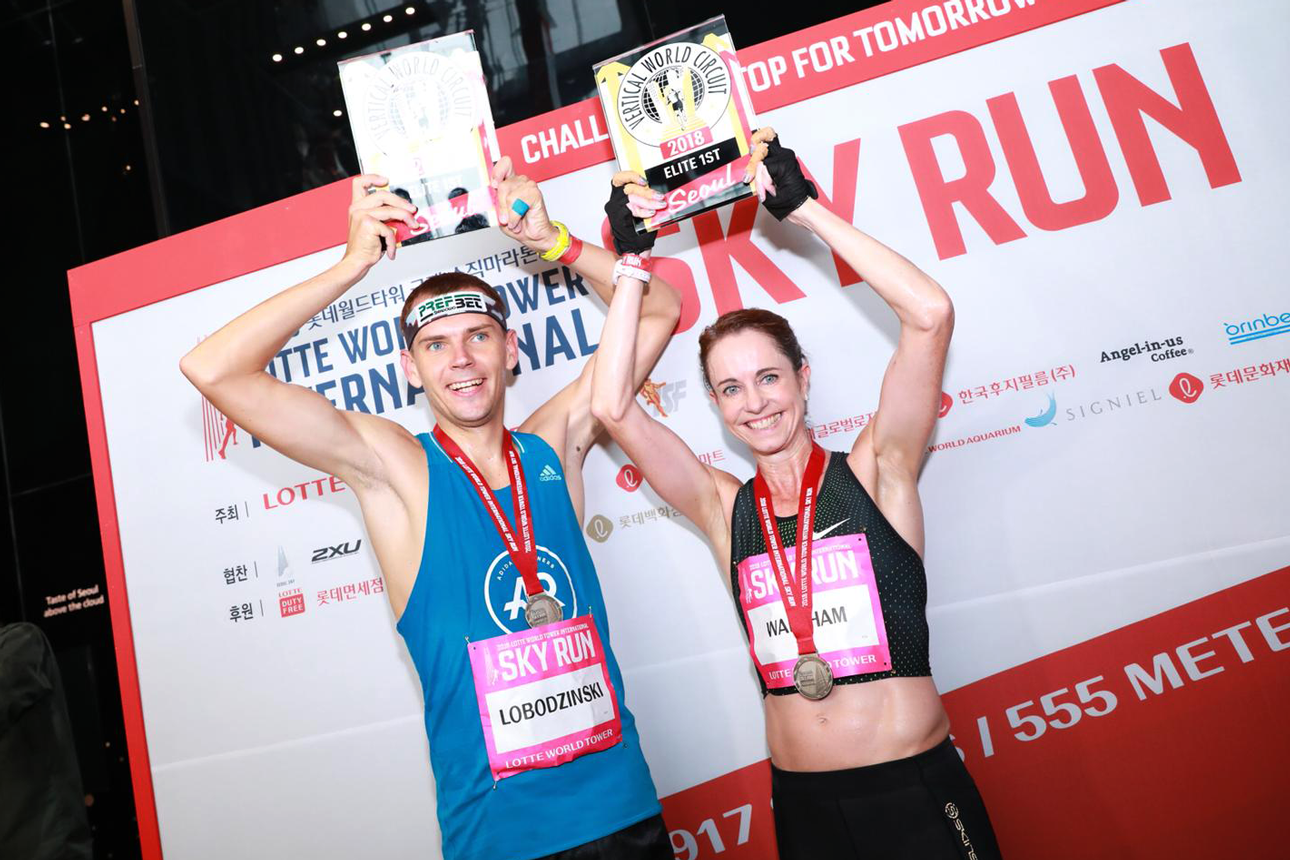 The third edition of the event will be a battle to the top. The men’s record, 15’44”, was set by Australian Mark Bourne in 2017 and he will be back to defend it. “I’ve enjoyed the off season but now I’m ready to start the VWC season in Seoul. My preparation has been good, so I look forward to the race and seeing everyone at the event!”

He will be seriously challenged by last year’s race winner, Piotr Lobodzinski from Poland who boasts no less than five VWC champion titles. “I can’t wait for the first Vertical World Circuit® race in the 2019 new season. After last year I have great ‘winning’ memories from Seoul and Lotte Tower. It is the longest race on the entire calendar but now I’m feeling very comfortable at such distances. My shape is very good at the moment so I will come to Korea for the third time – confident and hungry for success! See you on the 123rd floor of Lotte Tower!” 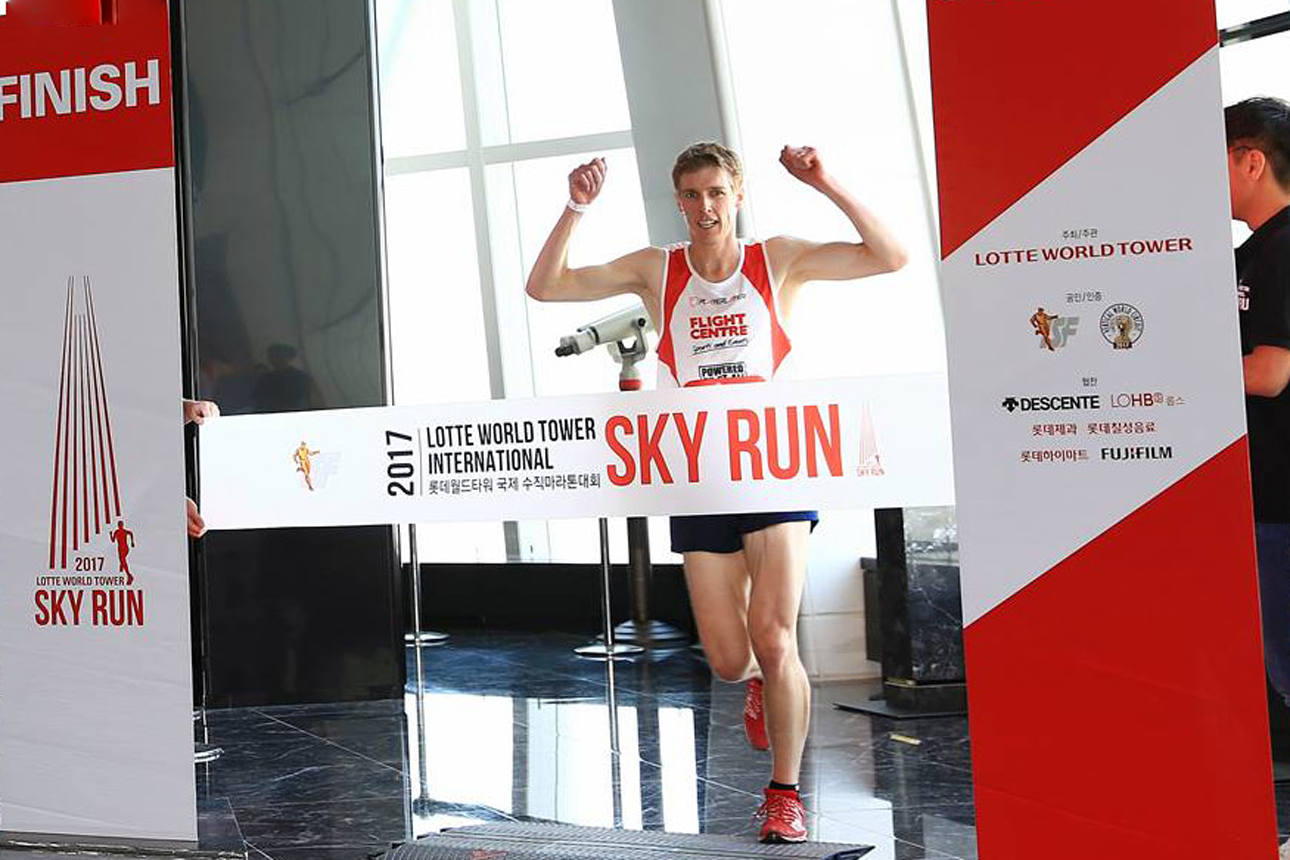 The 2019 Vertical World Circuit® is composed of eleven races, the highest number to date, stretching across the globe from New York to London, Paris and Milan in Europe, via Dubai in the Middle East and on to Asia, hub of the world’s tallest towers in Seoul, Ho Chi Minh City, Beijing, Shanghai, Osaka, concluding with the Grand Finale in Hong Kong.

Five out of the eleven races are counted for the final ranking. An extra 50% bonus points will be awarded at the Grand Finale in Hong Kong on December 1 where the VWC champion titles and HK$ 110,000 end-of-season prize purse will be awarded.

1,500 competitors and 16 elite athletes from across the world racing the circuit’s highest race – a great way to kick off the season.