Jumping for joy on the rooftop of Broadgate Tower, site of the 2018 VWC semi-final. ©Total Motion Events

The 2109 Vertical World Circuit® semi-final is heading for London on Saturday, November 24 for the eighth stage of the skyscraper racing tour. For the first time on the circuit, the Broadgate Tower Run Up will attract some of the world’s top athletes competing for the ranking with an extra 25% bonus points awarded here.

Some 300 runners will participate in the third edition of the Broadgate Tower Run Up together with elites from no less than 17 countries including Japan, Philippines, Russia and USA from outside Europe.

They will challenge the standing men’s and women’s records of 3’58” and 5’07” respectively to race up the 35 floors and 877 steps of the building. The men’s record was set in 2016 by Spaniard David Robles and Briton Sarah Frost in 2017. Frost will be racing on Saturday to defend – or even better, last year’s record. 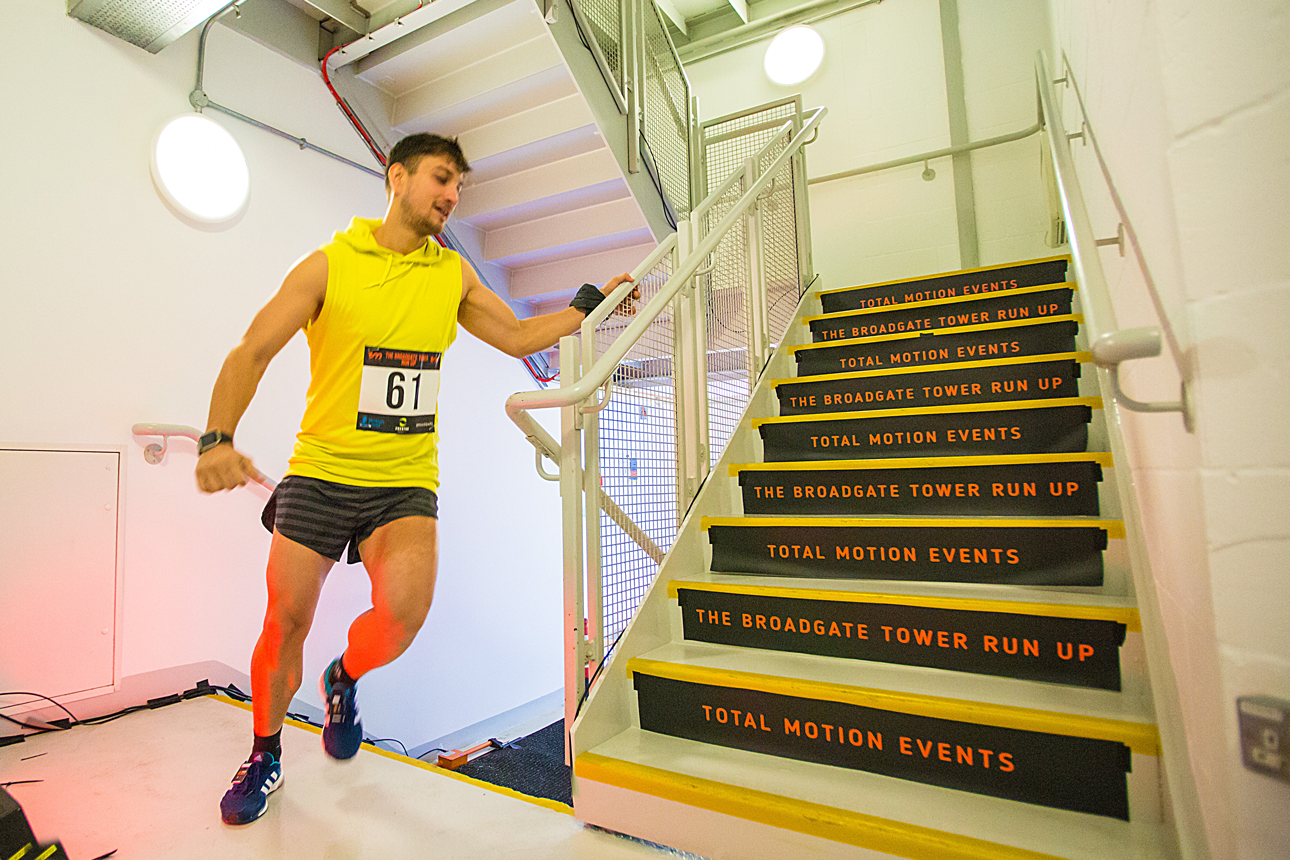 Half way up the 877 steps on Broadgate Tower, London. ©Total Motion Events

“We are all so excited that the Vertical World Circuit® is making its way to London! It will be a particularly special race for the UK tower runners as we regularly train in The Broadgate Tower which now feels like the home of tower running in London,” commented Frost.

“I’m very confident that both the male and female records will fall as so many talented international elite athletes will be participating! Myself and the rest of the Total Motion tower runners can’t wait to see what they can do on Saturday…bring on the great competition!”

There will indeed be tough competition, for example from Rosalyn Russell from the Philippines, currently ranked second after participating in five of the circuit’s races. “I’m excited to make my first trip London to compete against the great European runners and to represent the Philippines in the 2018 Broadgate Tower Run Up. I’m also looking forward to testing my last cross training sessions on the stairs, tempo runs, half marathons and a marathon against the Broadgate Tower’s 35 floors, followed one week later by the 82 floors of the ICC Tower in Hong Kong for the Vertical World Circuit® final!”

Italian Cristina Bonacina, ranked third, counts over 100 tower races to her name. With her expertise, she will put up a strong battle for those precious ranking points. “I’m very happy to return to the Broadgate Tower race in London which I won in 2016. The competition will be really tough, but as usual I’ll do my best even if the years are mounting up and often I find myself racing with girls that could be my daughters. Never give up!”

Yuko Tateishi from Japan has been following the Vertical World Circuit® across Asia, and after four races, places fifth on the ranking. “The VWC race in Europe is my first here and I’m very much looking forward to it. I want to compete with the best possible performance and I’m aiming for the top!” she stated.

No less than three Spaniards will be aiming for the podium to keep the men’s record in Spanish hands: Ignacio Cardona ranked sixth, Mikel Besora, eighth, and Antonio Soler, tenth. “I wasn’t very well in the summer but now I feel ready for the challenge and to improve my ranking position,” said Cardona. “I placed fourth overall in the 2016 VWC ranking and I’m looking forward to taking a shot at the record.”

Pushing the pace will be outsider, Briton Adam Holland, with no less than 220 marathon victories, he’s ranked top-five worldwide for his number of marathon wins. Last year’s race winner, Rauno Tiits from Estonia, will add to the mix in the men’s competition.

The third edition of the Broadgate Tower Run up will celebrate the first time on the Vertical World Circuit®. Organiser of the event, Total Motion CEO, Matt Hudson, commented, “We are looking forward to welcoming athletes of all different nationalities to The Broadgate Tower Run Up on 24th November. We are extremely proud that the event has been chosen to represent the London leg of the VWC and we will see incredible talent on the day from a strong field of elites. What’s really great is that alongside these top athletes will be individuals and families with children taking part in the other stair climbing races, making it a fantastic day for runners of all ages and abilities.” 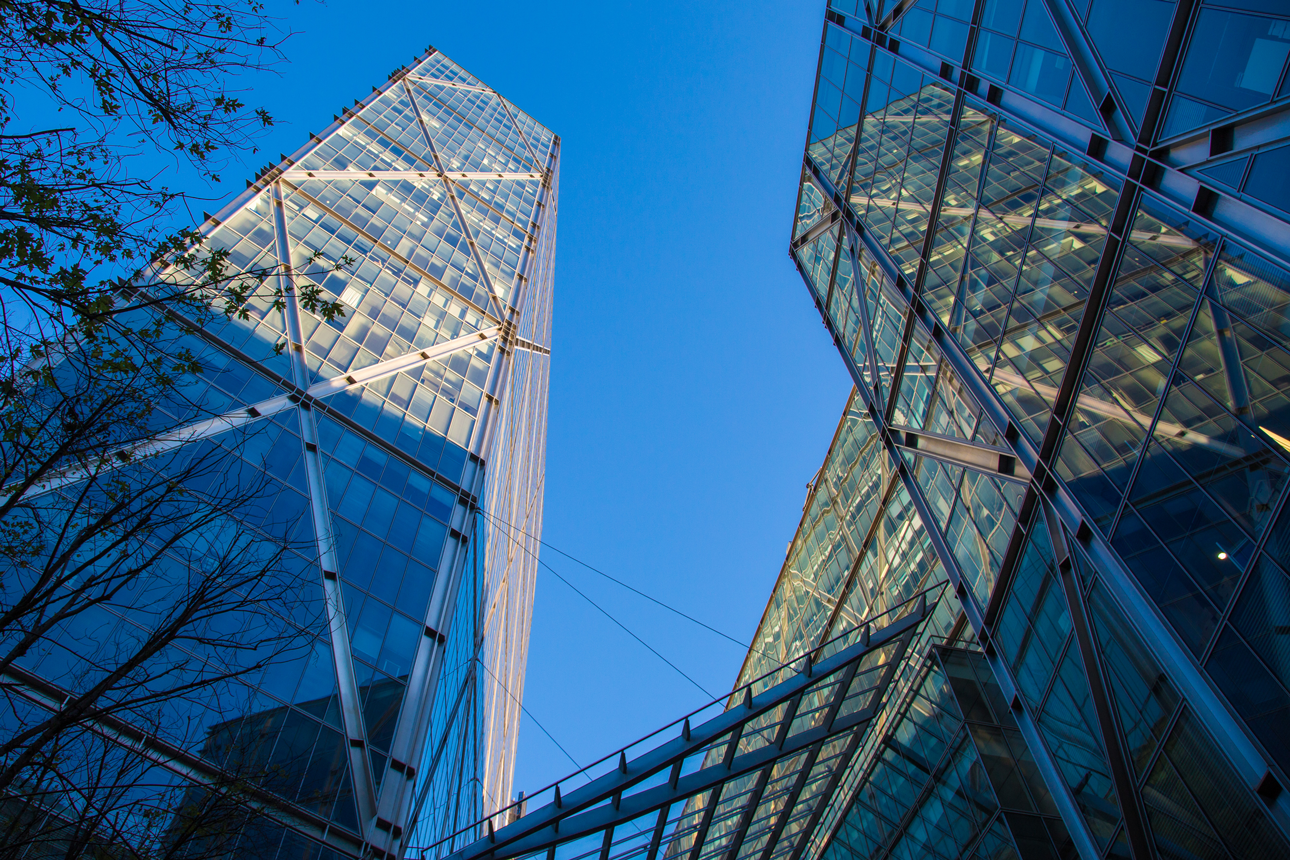 The Broadgate Tower Run Up is one of the three races after New York and Beijing to award an extra 25% bonus points on the rankings. The VWC Grand Finale in Hong Kong on December 2 will award an extra 50% points together with the VWC Champion titles and cash prizes.

Will records fall? Join us on Saturday to find out with our live coverage on Facebook and Instagram