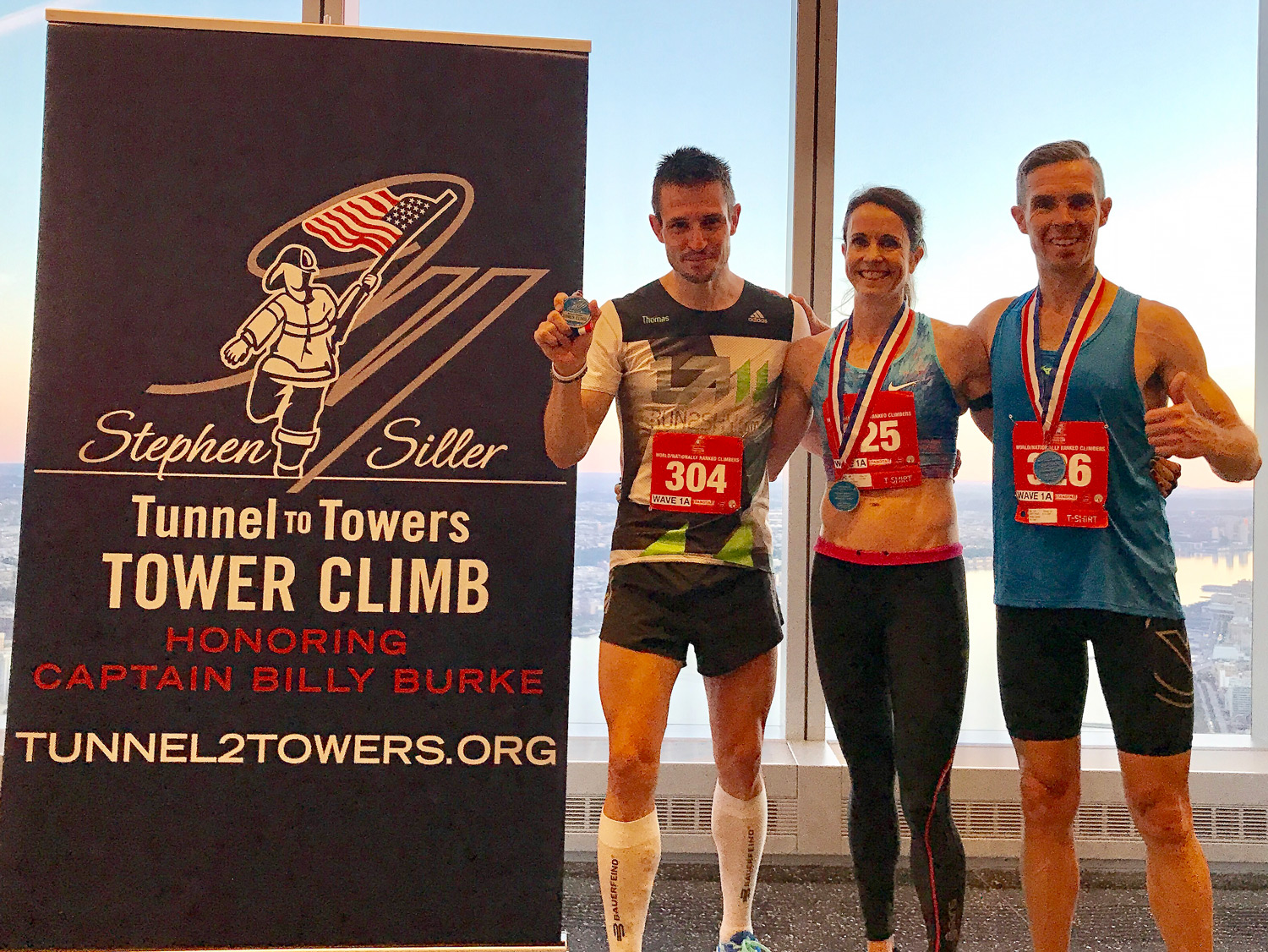 Three winners stood on the stage of the fourth leg of the 2017 Vertical World Circuit in New York on June 4th at the T2T Tower Climb in One World Trade Center commemorating 9/11.

Yes, three winners! Former VWC champion, Thomas Dold from Germany shared an incredible 12’19” finish time with Australian fireman Darren Wilson on the 102nd floor of One World Observatory at One World Trade Center, the tallest building in the Western Hemisphere and sixth tallest in the world. 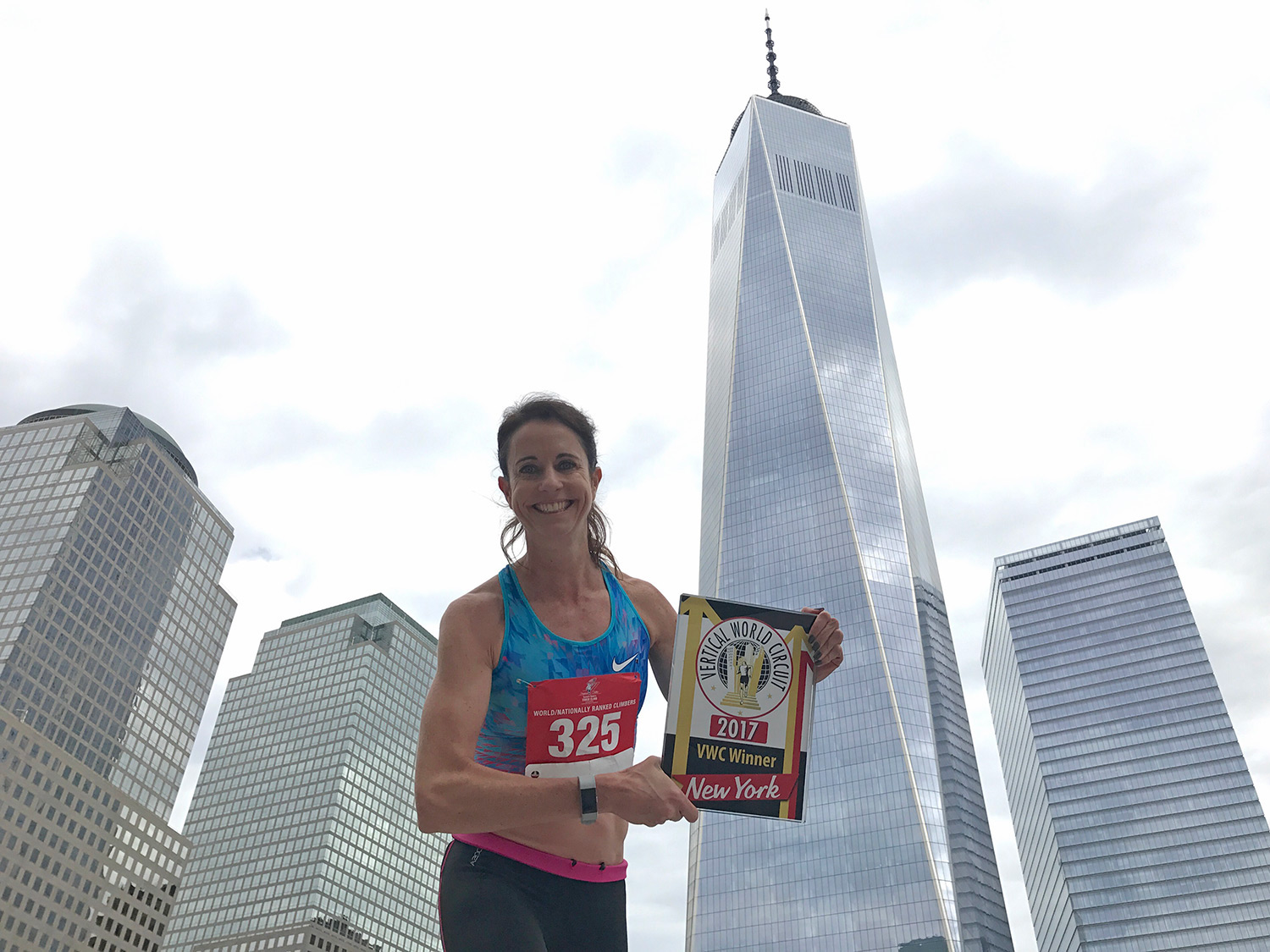 The third winner was five-time VWC World Champion, Suzy Walsham from Australia, who placed an extraordinary fourth out of the entire 850 field of competitors, setting the new women’s record in 13’44”. Well below her own sub 15’ pre-race preview, Walsham said, “”I’m very happy with my race today. It’s a long and tough race but my perseverance paid off and my time exceeded my expectations. The history of this building makes it very special and it was an honour to take part.” Walsham is no stranger to New York after winning the Empire State Building Run-Up no less than eight times.

Joint men’s winner Dold, a seven-time ESBRU winner, commented, “The race was very well organized and a real physical challenge over 104 floors. Once I reached the Observatory deck two wonderful things struck me: first that I was able to win the race and second, the beautiful sunrise over New York.

“After the race I met the brother of hero Captain Billy Burke’s to whom the race is dedicated. A very touching and special moment. Needless to say, I’m looking forward to coming back next year!” 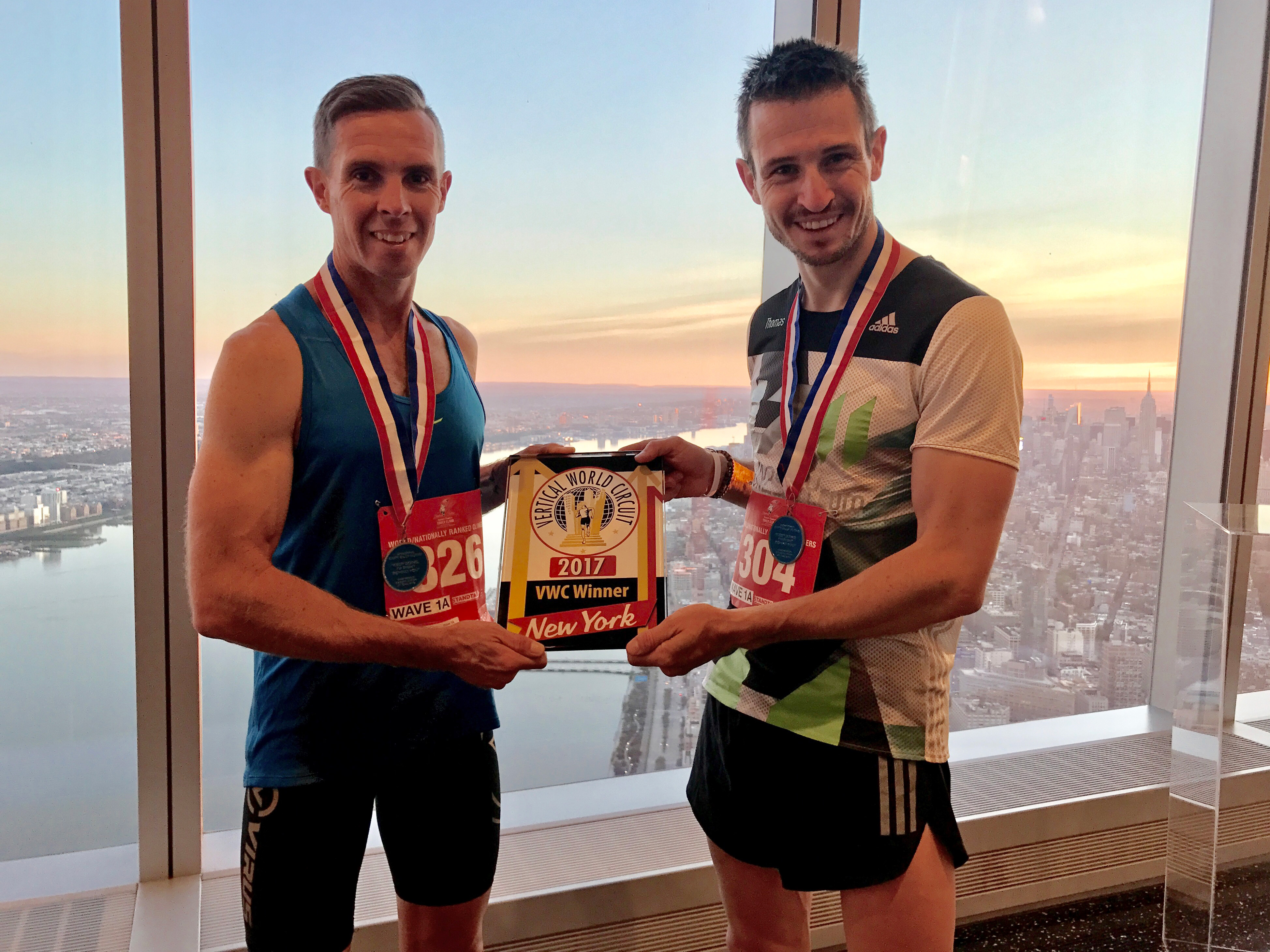 Darren Wilson who shared the win with Dold, is a fireman from Adelaide, Australia an accomplished stair-climber and 2016 ESBRU winner. “It was the most emotional I have felt before and during a race – the thoughts of what the building stands for. Once at the top, after the initial exhaustion, it was amazing with the sun rising as you looked uptown.” Certainly, a 5 am race start has its advantages.

The two winning men raced at a speed of 1,926 metres per hour, one of the fastest times in a building over 100m tall. The race climbs 104 floors starting two levels below ground and counts a lung-busting 2,226 steps.

Among the 20 elites were 12 international athletes competing in the Vertical World Circuit for ranking points and final prizes. After Sunday’s race, fourth in the ten-race tour, Dold rises to second position in the ranking and Walsham, after two straight wins, is now in third position. 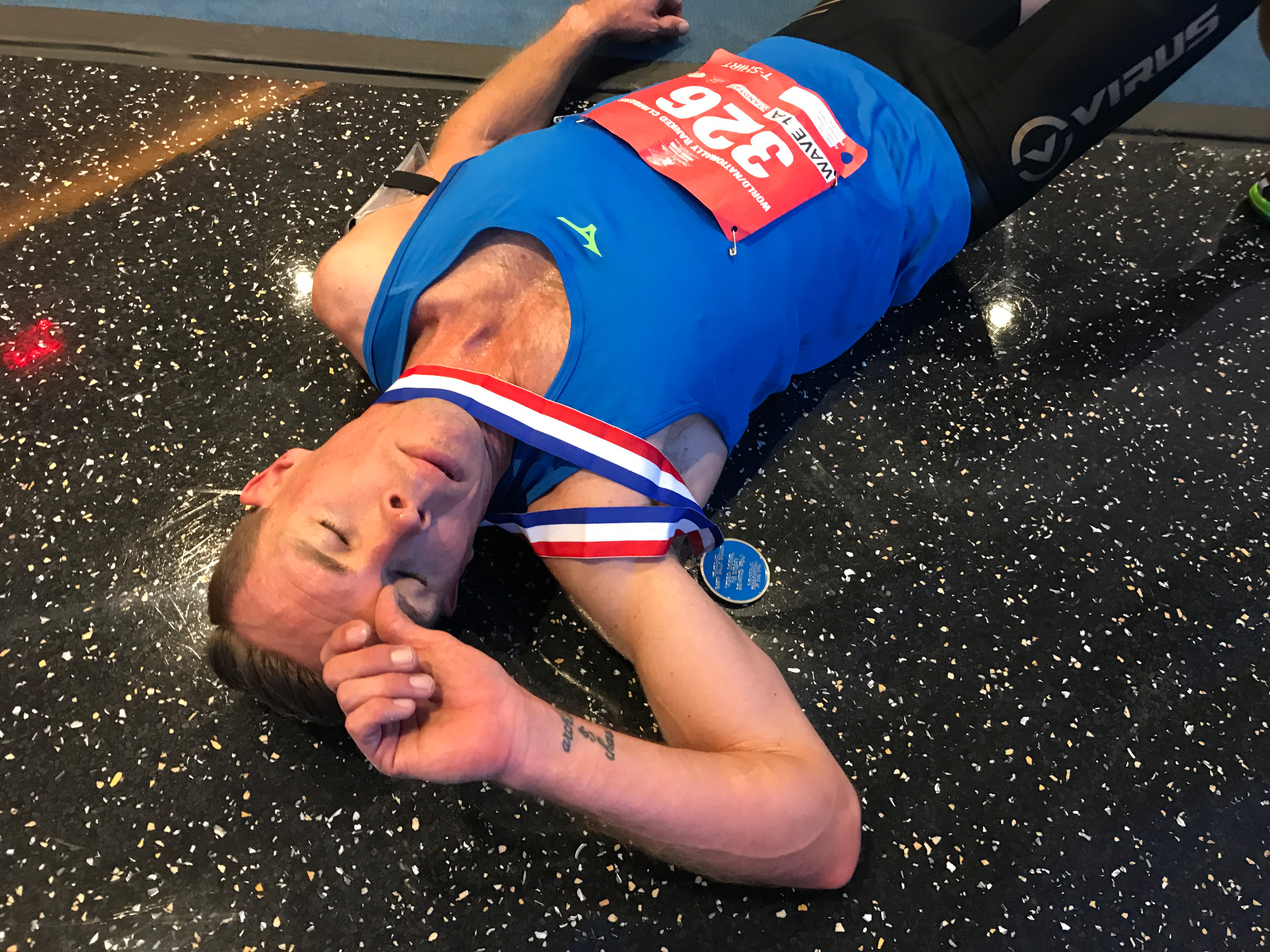 After Dubai, London, Paris and New York, the 2017 Vertical World Circuit heads for Manila, Philippines with the Kerry Sports Manila Vertical Run on July 9, where Walsham will aim to take her third win of the VWC season and will be joined by the world’s top athletes.