It was a short but strenuous uphill challenge for 250 runners competing in the first ISF 2022 Stairclimbing World Championships held today, Saturday, November 12, 2022, at the Dubai Holding SkyRun, Dubai, Arab Emirates.

The new World Champions are Wai Ching Soh from Malaysia and Yuri Yoshizumi from Japan who both took a gold medal. Wai Ching summited the 1,334 steps and 52 floors of the Jumeirah Emirates Towers in a record time of 6’52”.

Soh, an accomplished stair climber with many wins to his credit, commented on his victory, “It was a challenging run. I didn’t start well because I slipped on the mat at the entry to the stairs, so I was third, but I managed to overtake. I ran with Ryoji until the 19th floor and then passed him. We stayed together till the 30th floor, when he started slowing down but I managed to keep my pace to the finish line.” 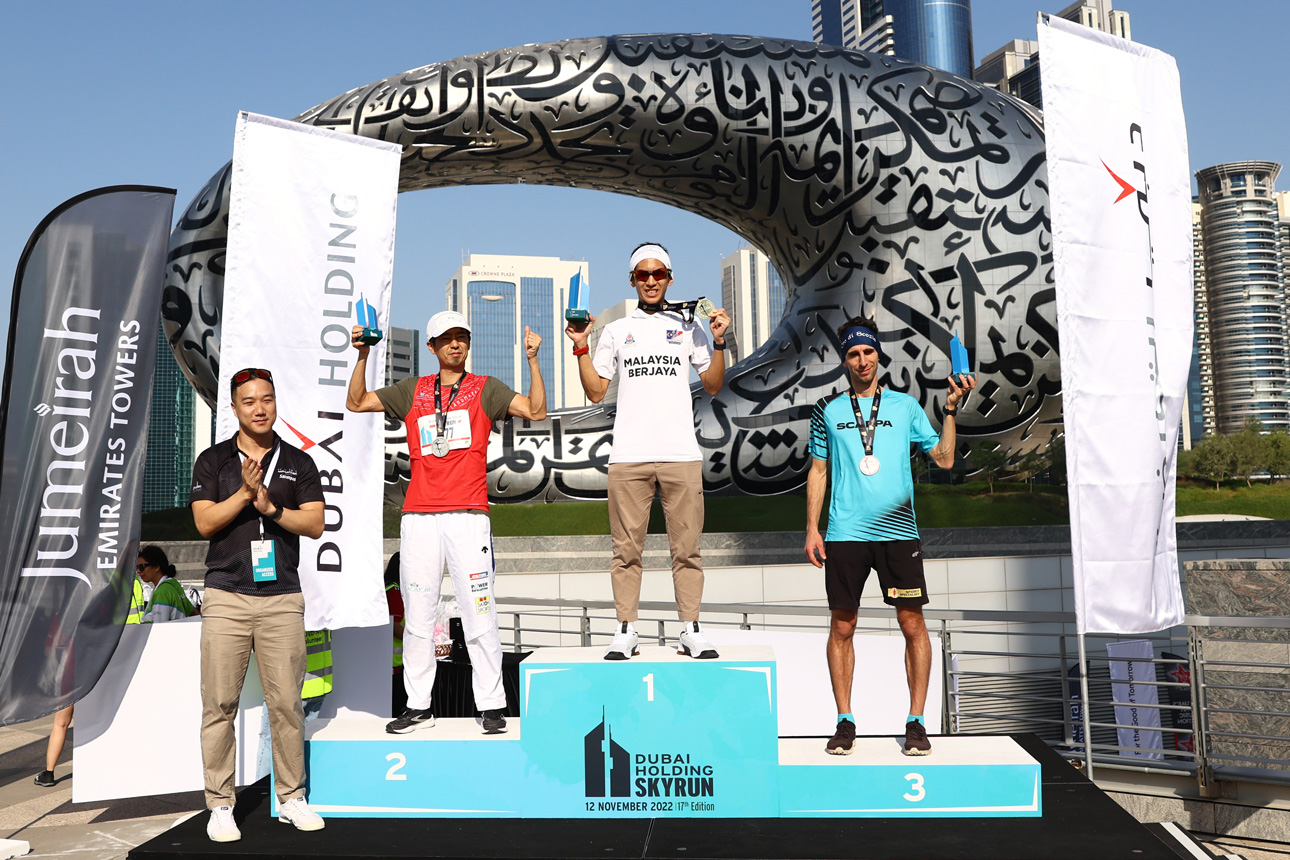 Soh’s record was three seconds faster than the previous record set by Poland’s Piotr Lobodzinski. Second man to the summit taking the silver medal was Japan’s Ryoji Watanabe in 6’59”. Italian Fabio Ruga, with 7’13”, took the bronze. Both are top ranked Vertical Kilometer® athletes each counting three race wins. Missing from the startline, one of the favourites, Australian Mark Bourne, due to last minute Covid.

Yoshizumi was an excellent ninth in the overall men’s and women’s ranking. A multiple VWC race winner, today’s victory was different. “I had a slow start but soon went into second and then gradually, reached the top first,” she said. “This was a great race and being in Dubai has been a wonderful experience. Thanks to the International Skyrunning Federation, Dubai Holding and the Vertical World Circuit in helping make my dream come true as a world champion!” 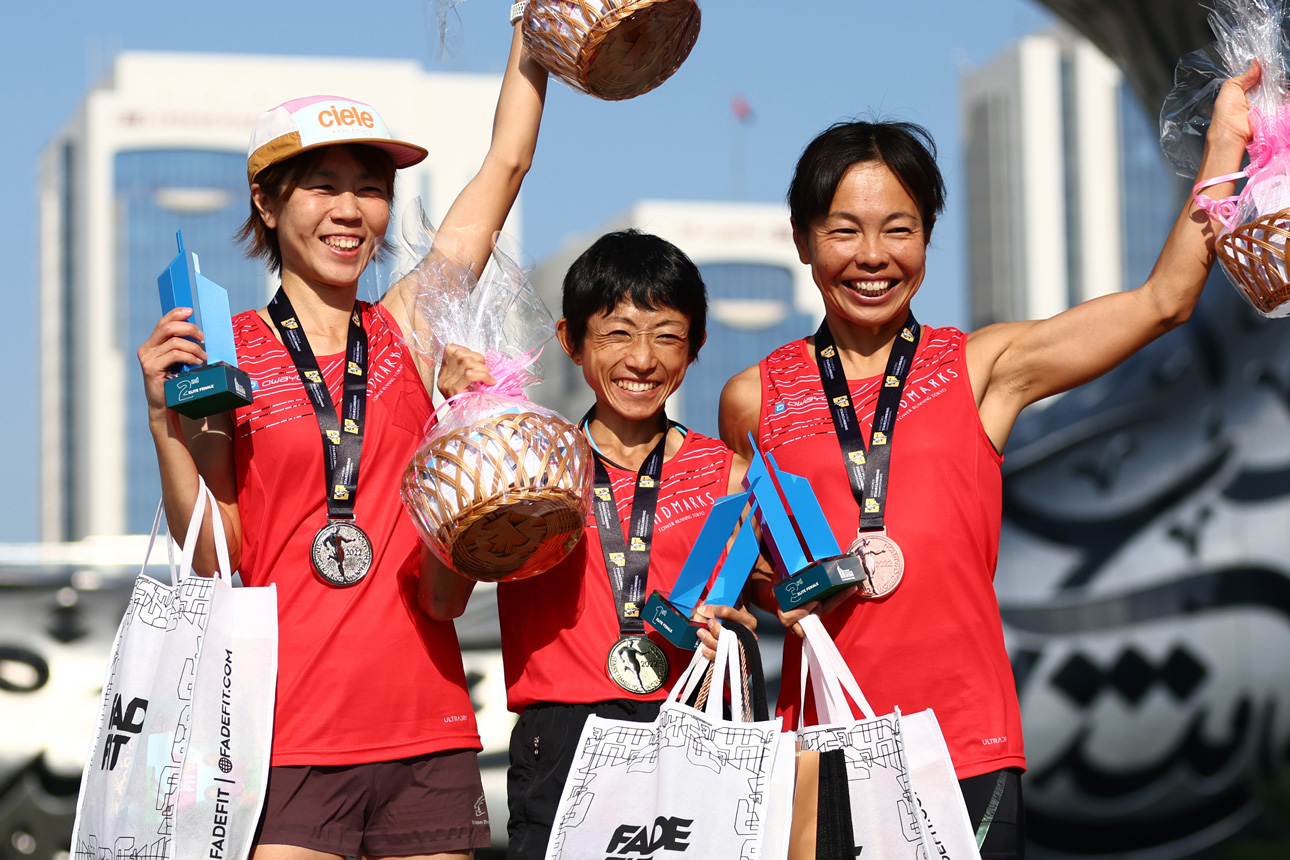 Marino Giacometti, ISF President, commented, “Despite the short time available to organise these World Championships from the joint announcement in October, the athlete level was very high, and a new record was set. Interesting to note, the men’s podium was the same as the Empire State Building race with Soh, Watanabe and Ruga. Thanks to our Japan Member for sending nine top class athletes and congratulations on taking home a gold, two silver and a bronze medal!” 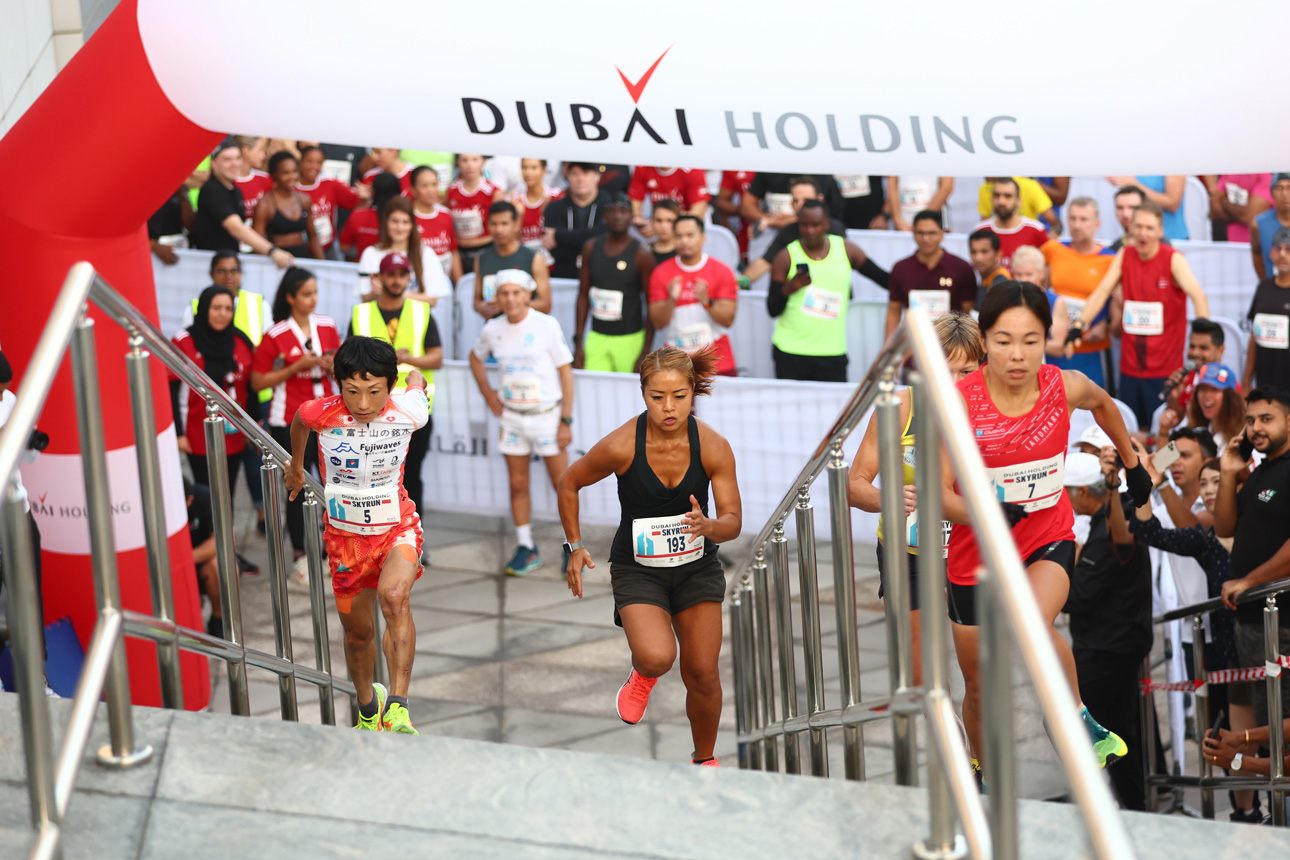 Dubai Holding SkyRun, Dubai’s only official stairclimbing race, is a wholly charitable event where all proceeds are donated to support female cancer patients and their wellbeing. The event is in partnership with the Dubai Sports Council, the official sports governing body of the Government of Dubai tasked with developing a holistic sports culture for the emirate.

Since 2008, stairclimbing has been a discipline of the International Skyrunning Federation which governs, promotes and sanctions vertical running, whether at high altitude in the mountains or in city skyscrapers.

Celebrating the first ISF Stairclimbing World Championships, a new record, and several hundred exhausted but happy competitors, this first event has written a page in the short history of this relatively new sport, working for Olympic recognition and a bright future.