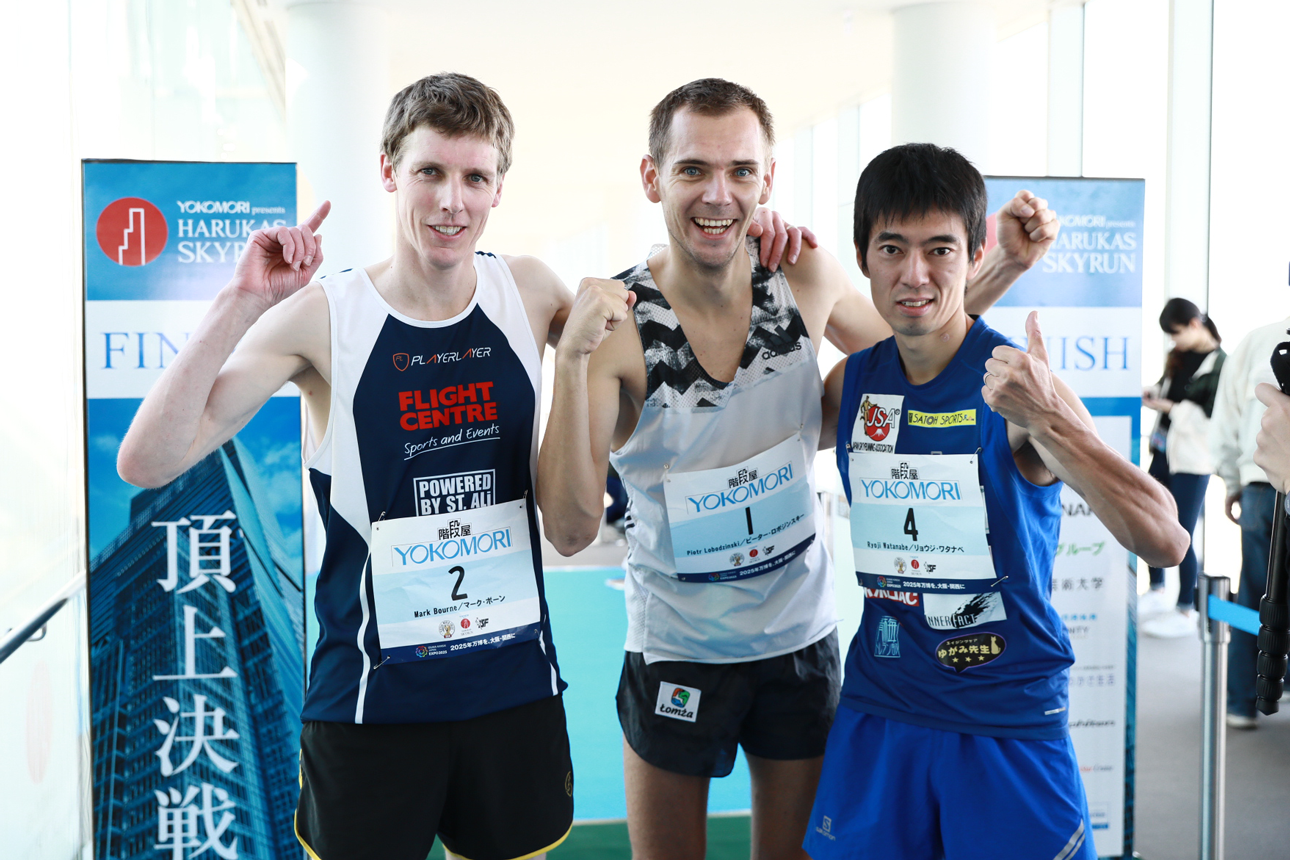 Mark Bourne, Piotr Lobodzinski and Ryoji Watanabe, the 2018 Harukas Skyrun podium, will battle it out at the final stop of the 2019 Vertical World Circuit®. ©Sporting Republic

World Champions Suzy Walsham and Piotr Lobodzinski will be going into the tenth and final race of the 2019 Vertical World Circuit® with a strong chance of holding on to their titles. However, with an extra 50% bonus points at stake here, some surprises could be in store.

The Harukas Skyrun in Osaka, Japan, will host the final race on Sunday, November 10, after the cancellation of the Grand Finale in Hong Kong due to the recent unrest in the city. A field of 1,500 runners from more than 20 countries will participate in the fourth edition of the race – 1,610 steps and 59 floors to the rooftop of Japan’s tallest building, the Abeno Harukas. 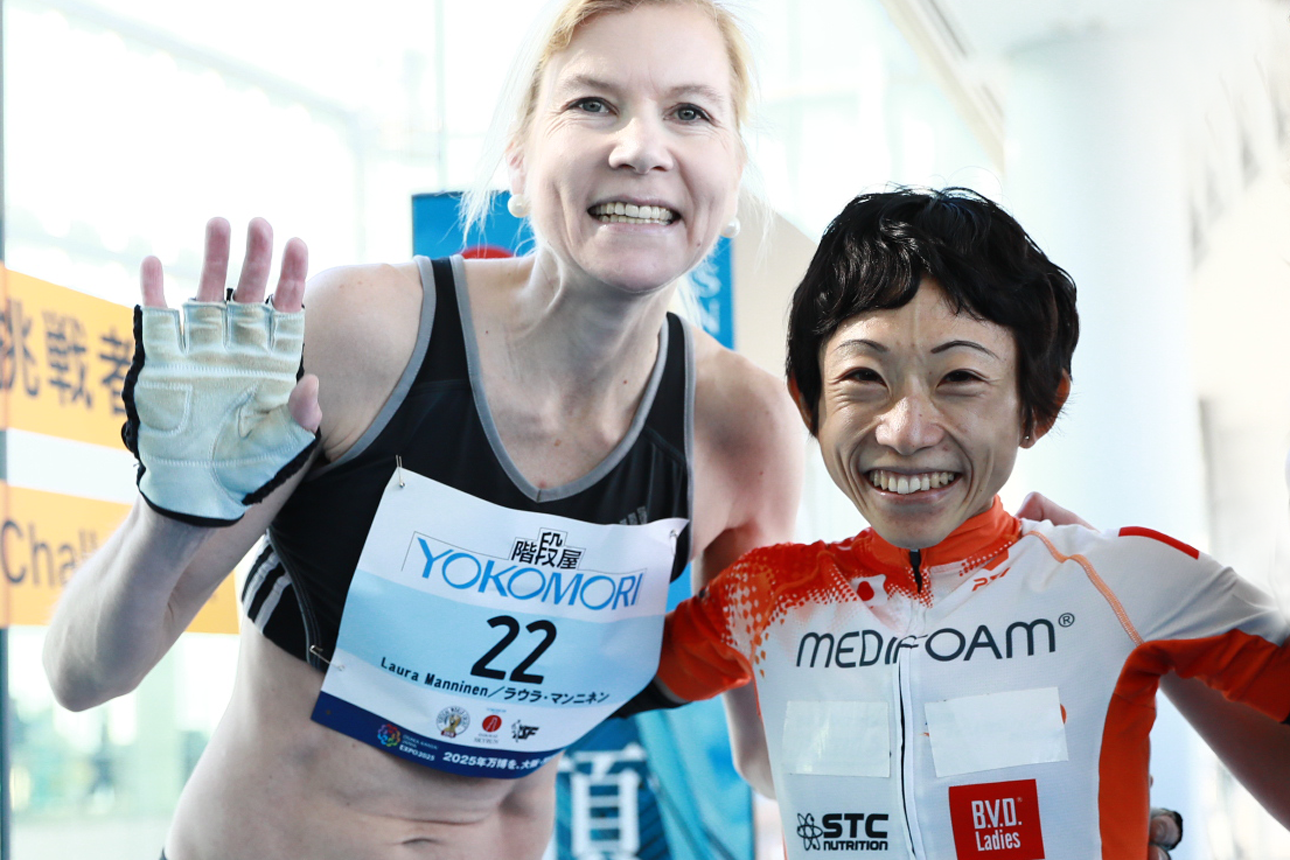 The stacked line-up of international VWC competitors includes 15 top ranked athletes aiming for precious ranking points. Missing from the start-line however, is three-time winner of the race, Japan’s own Yuri Yoshizumi, Walsham’s strongest competitor, who was injured during an outdoor event last weekend.

“Yuri is always a big crowd favourite…and I was really looking forward to racing her again. Hopefully she can recover quickly,” commented Walsham. “I hadn’t originally planned to race Osaka but with the cancellation of the Hong Kong race, it was important to be there for the 2019 VWC final race, especially as the overall VWC winner for 2019 is not yet guaranteed. Abeno Harukas is a tough tower for me and the local athletes are always very strong in their home race. I want to finish the year with a good result so I will be going all out to try to attain the best position possible,” she said.

The ranking is based on the best five results out of the ten races, counting no more than two races with 25% bonus points and the final, where an extra 50% bonus points are awarded. 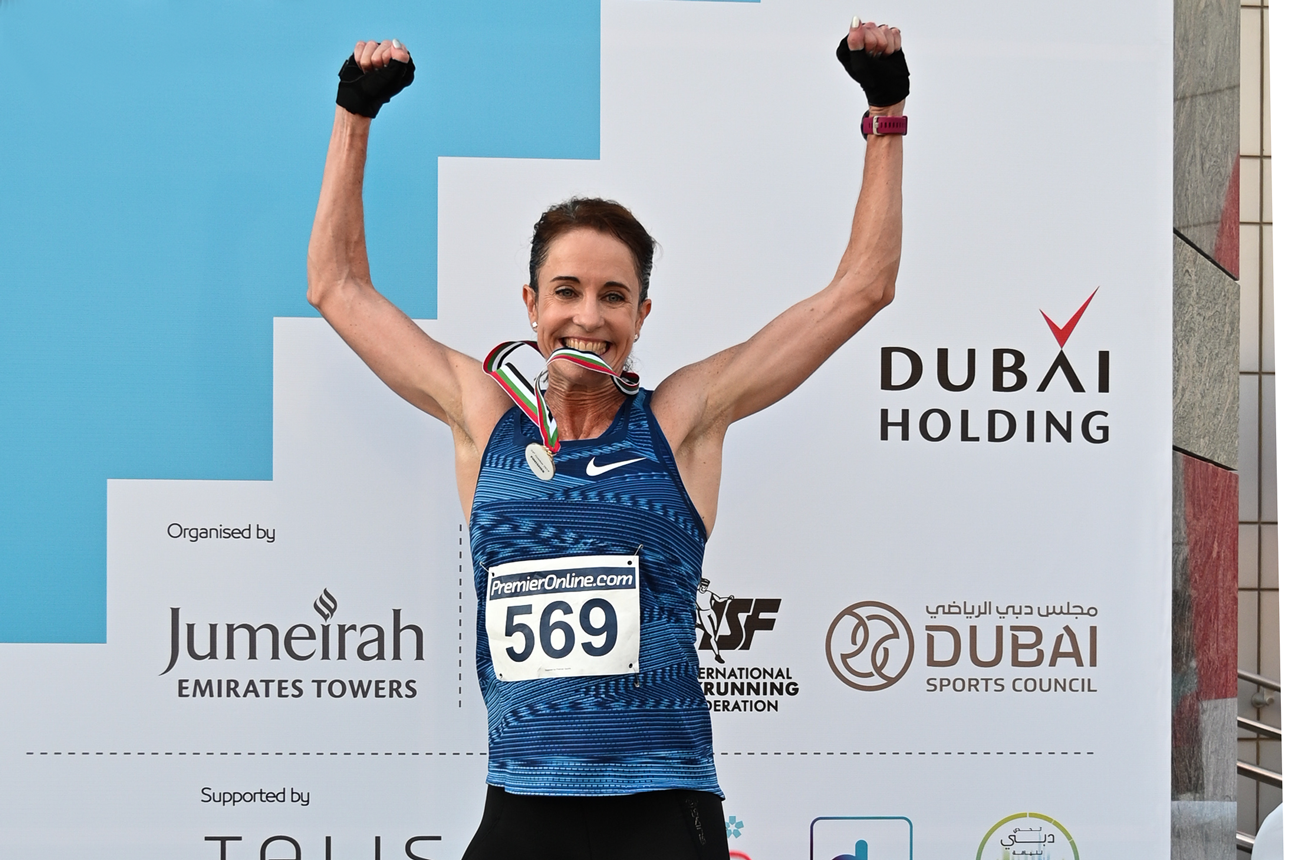 Without Yoshizumi, Walsham only needs a fifth place to pull off her eighth VWC world title. This indomitable champion will, as usual, give it her best. Finland’s Laura Manninen has had an excellent season and is currently ranked second. “This is the first race where I have a good position from the past. I can’t wait to be able to compare if it will be ‘progress’ or ‘regress’! I have very good memories from Osaka and I’m really looking forward to run it again.”

Sarah Frost from the UK is looking to close her first season on the circuit on a high note. “The Osaka race is not only the VWC final but also my last race of 2019, so I’m going to give it absolutely everything I have got and try to hang onto my third position overall! I’m hoping to end my season with a result I can be proud of,” she said.

The men’s field lies open with three of the top four ranked athletes battling it out. After rising to the top slot after last week’s race in Dubai, race record holder, Lobodzinski will be looking for his sixth world title. “I’m very excited to come back to Japan for the Harukas Skyrun as the final VWC race. After my three wins in Osaka I’ll be the favourite, but it won’t be a problem for me. I’m confident because I like this staircase. I hope in the end I’ll still be on top of the VWC ranking,” he stated.

Japan’s Ryoji Watanabe, ranked second, needs to take the win here to claim his first world title. The strong runner, in his usual flamboyant style, commented, “I’m very excited about the final game in my country! I will dedicate everything I have accumulated this year for this battle! I will be king of the stairs!”

Australia’s Mark Bourne, currently in fourth, with just four races under his belt and the extra 50% bonus points at stake here, stands a chance to take the crown if he wins, and if Lobodzinski places third or more. “The Harukas Skyrun is going to be a great final to the VWC season. I hope to continue my good form in Osaka to finish the season on a high!”

With mounting anticipation for Sunday’s race, final stop of the 2019 Vertical World Circuit®, the Harukas Skyrun will crown the world champions and award the end of season prize of of HKD 110,000 split between the top three men and women – but not without a battle of the world’s best skyscraper specialists to the summit of Japan’s tallest building.