Japan’s Ryoji Watanabe and Laura Manninen from Finland took their first Vertical World Circuit® win in the T2T Tower Climb in a field of close on 1,000 runners today.

The fifth edition of the race was hosted in New York’s One World Observatory at One World Trade Center, the tallest building in the Western Hemisphere.

After a pre-dawn start and an incredible performance of racing up the 2,226 steps in 12’37”, Watanabe collapsed on the 102nd floor finish line in tears. “I’m really happy and crying now. Two and a half years have passed since I started vertical running. I had a chance to win several times, but I couldn’t win. For the first time today, I’m very happy and proud to have won the victory here in New York!” he exclaimed. “There’s a reason for my tears. A lot of VWC members competed together. I’ve been rewarded with a lot of hard practice so far. There’s a family that sent me from Japan with great care. My wife, my son, thank you so much!”

Manninen was an incredible ninth overall, clinching the win in 15’02”. Her performance was all the more impressive considering her training ground in Finland is without altitude or skyscrapers. Her only training is in the towers during the races. “It was great as always. I really enjoy being on the stairs. I don’t race for the finish line. I just like to be in the bubble and go for it. I feel very happy and I didn’t think this day would happen. I’m very grateful.” After competing in four races, Manninen now leads the Vertical World Circuit® ranking.

In the women’s field, Japan’s Yuko Tateishi in her first race on the tower, took an excellent second while Americans Shari Klarfeld and Stephanie Hucko repeated their 2018 positions placing third and fourth. Rosalyn Russell from the Philippines maintained her fifth position but improved her time by 37”.

All VWC elites from nine countries finished in the top twenty.

The standing records set by Piotr Lobodzinski in 2018 and Australian Suzy Walsham in 2017 of 12’05” and 13’44” respectively, remain unchallenged.

An extra 25% bonus ranking points were awarded here, together with the Milan and Shanghai races. The five best results out of the circuit’s eleven races are counted for the final ranking which awards world champion titles and cash prizes at the VWC Grand Finale in Hong Kong in December where an extra 50% points are awarded. 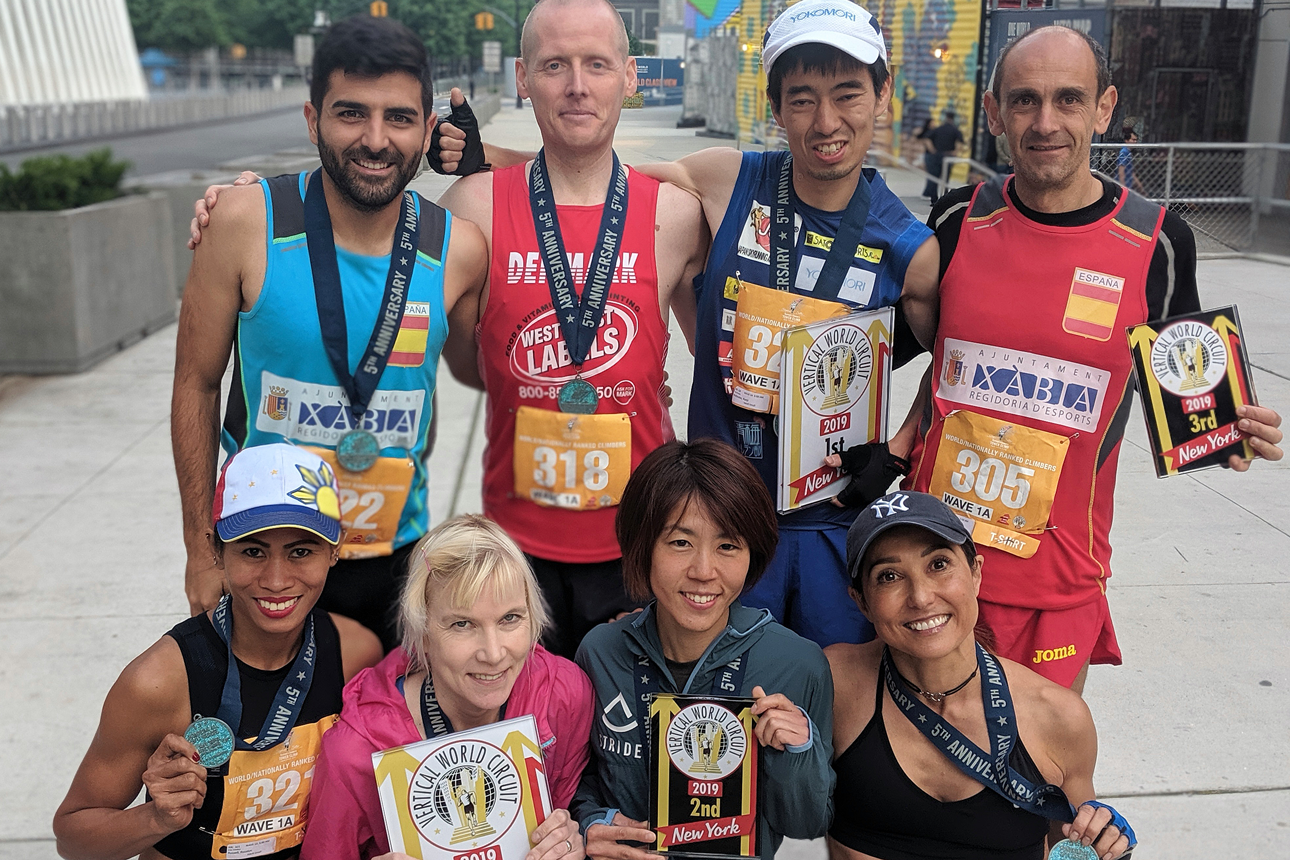 Since 2015, the Stephen Siller Tunnel to Towers Foundation has held the annual T2T Climb NYC, since 2016 on the Vertical World Circuit®. The mission of the Foundation is to honour the sacrifice of firefighter Stephen Siller who laid down his life to save others on September 11, 2001.

The 2019 Vertical World Circuit® will take a breath until July 20 when the sixth leg of the eleven-race tour hits London with the The Broadgate Tower Run Up where the world’s top runners will engage in a scramble for those precious ranking points.