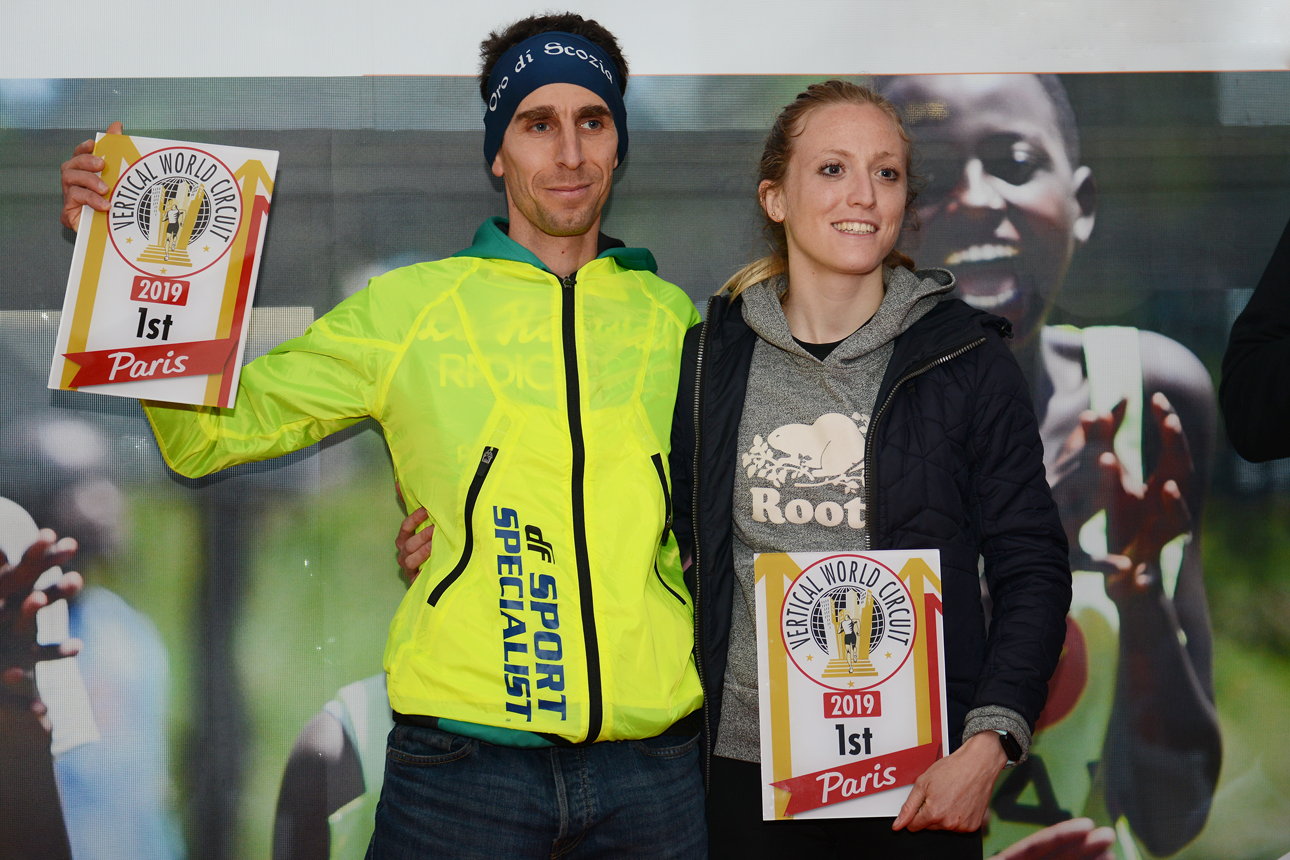 The fourth leg of the 2019 Vertical World Circuit®, the international skyscraper racing series, was held in Paris yesterday evening with the VertiGo up the tallest building in the country. The international line-up was dominated by Italians, taking the top two places in the men’s field and third in the women’s.

Italian Fabio Ruga conquered the 48 floors and 954 steps of the Tour First in 4’55” followed by fellow countryman Emanuele Manzi, two-time winner of the event. Belgian Omar Bekkali closed the podium. 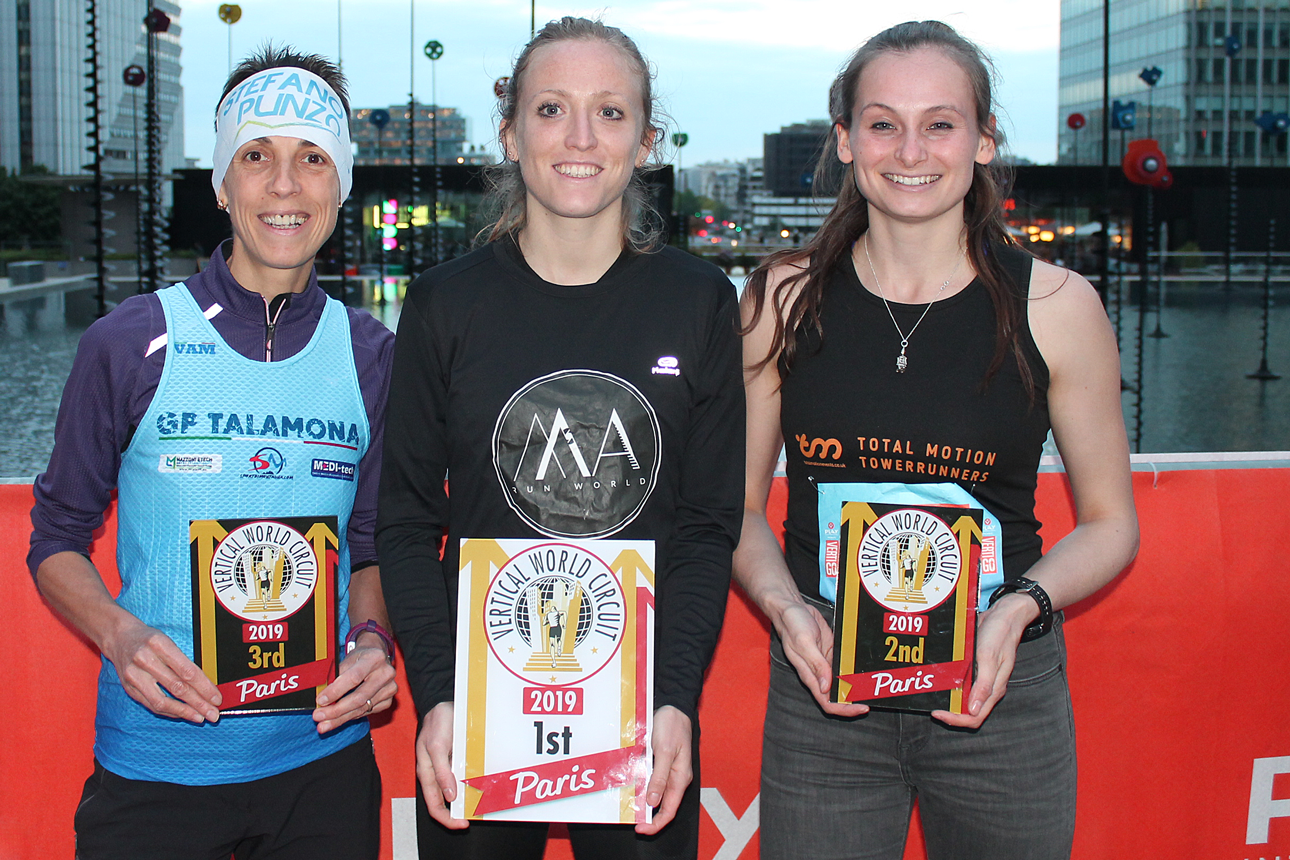 The women’s race saw newcomer Anaïs Leroy destroy the competition. The French runner finished in 6’28”, leaving race favourite, Briton Sarah Frost, in second. Third was Italian Cristina Bonacina who confirmed last year’s result and now rises to the third rung of the rankings which continue to be led by the invincible Australian Suzy Walsham.

Ruga started out strong and was able to keep the high pace throughout the climb to the 48th floor. “It was hard, but it turned out to be a very good race and a strong performance,” commented Ruga. “I wasn’t at my best, but I gave my all and was able to catch Emanuele [Manzi], so that made me push even harder,” he commented. 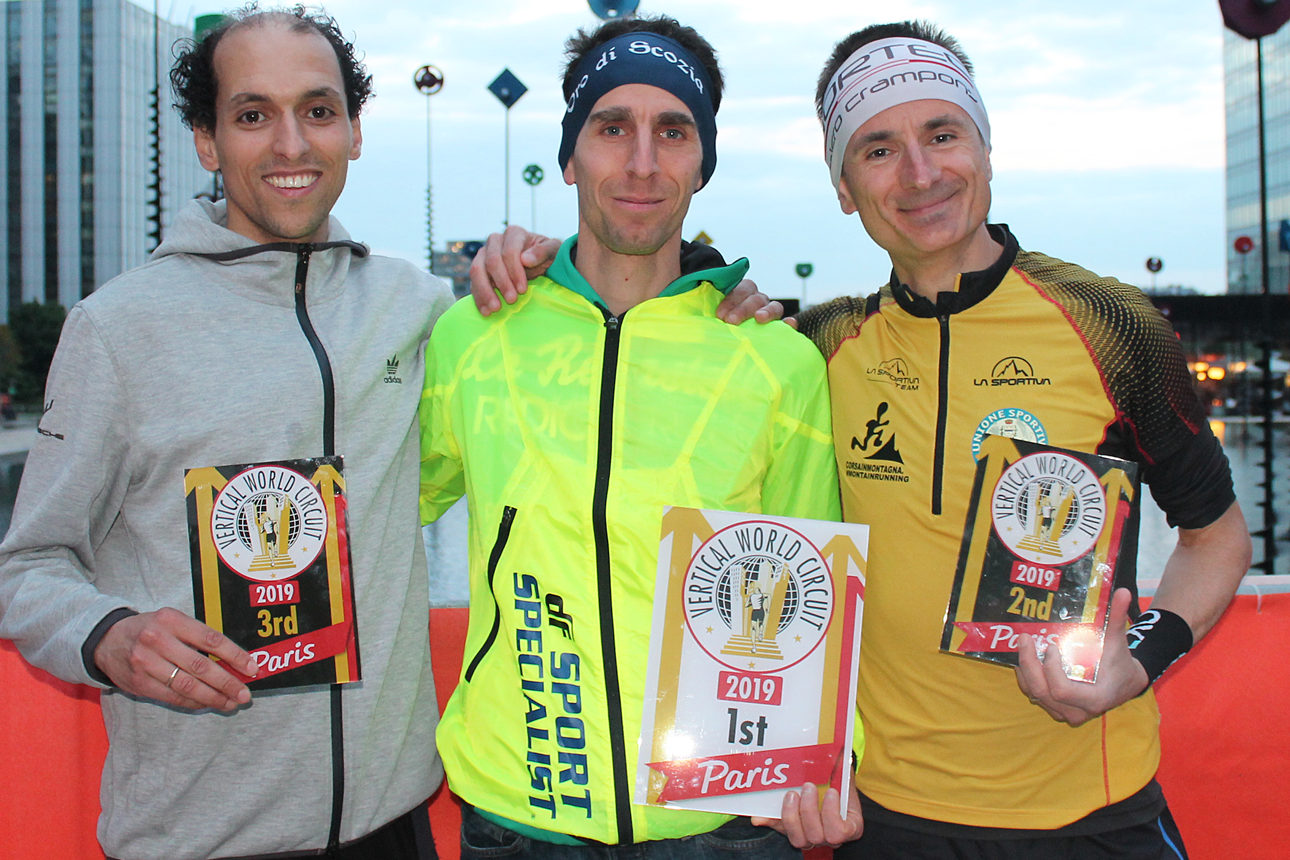 Bekkali confirmed his good shape this season by clinching his first podium. “It’s always tough, but this time it’s fantastic. I didn’t expect a podium today, but I was feeling good, so I kept a positive state of mind. I want to continue competing in the circuit, trying my best to collect points for the final ranking,” he stated. After competing in all four races to date, he is now second in the standing rankings. Five-time VWC champion Piotr Lobodzinski from Poland retains the lead.

“When they called me on the podium I was thrilled because I believed I was third – I never expected to win today!” said an ecstatic Leroy. “It has been a fantastic race. I started really strong, but got tired towards the half way point, but then I thought ‘I’m doing this for the children’ and kept pushing.”

Frost commented, “The race was good and the organisation here is always fantastic. I’m very happy with the result and also because I was faster than last year.” 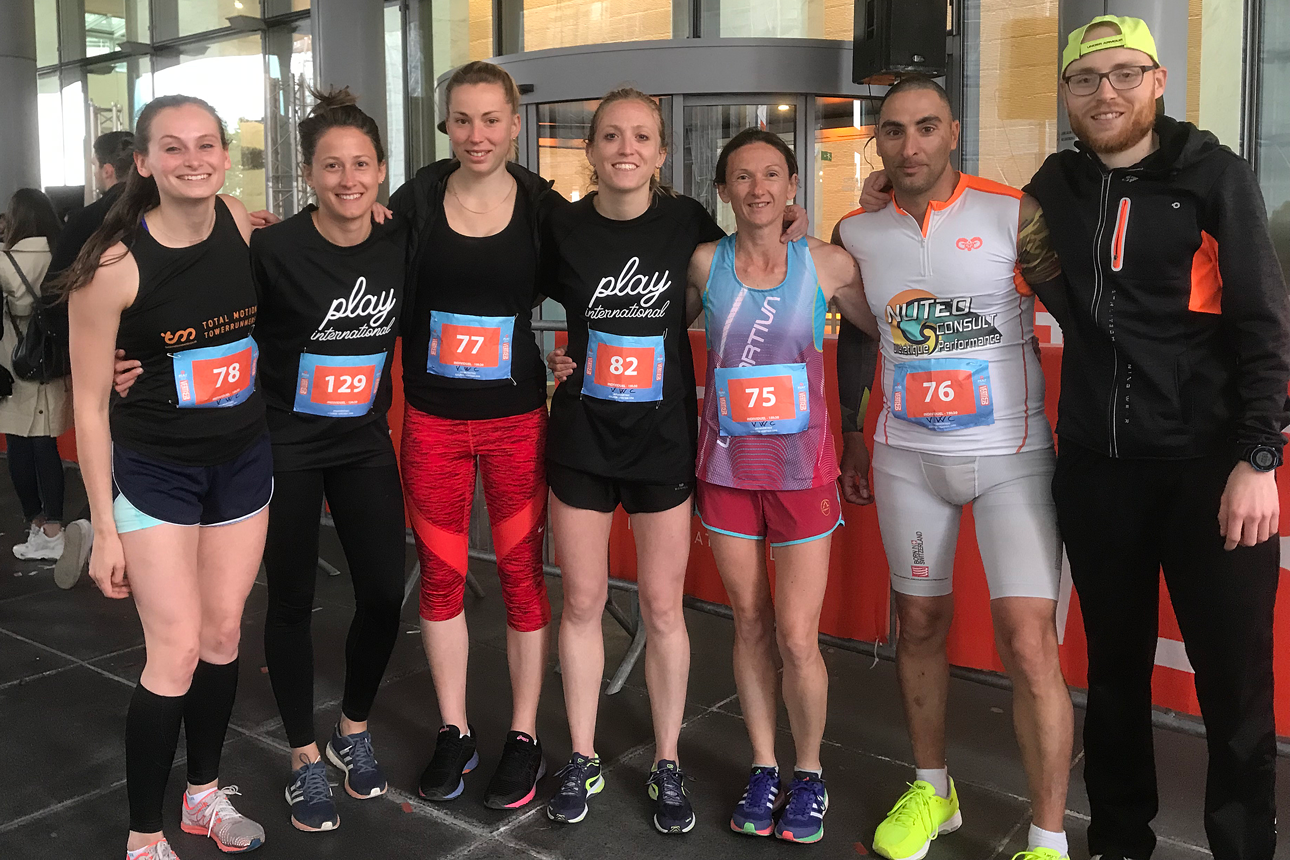 The race for newlywed British couple, David Harris and Sonja Shakespeare didn’t go as planned. The two were not on top form due to lack of training and a cold, so the experience wasn’t as positive as they hoped. “If getting married has this effect on performance, I wouldn’t recommend to anyone!” joked Shakespeare after the race.

VertiGo is an official race on the Vertical World Circuit®

where, this year, five out of eleven races count for the final ranking and prize purse which will be awarded in the Grand Finale in Hong Kong on December 1.

June 2 is the next stop on the circuit with T2T Tower Climb in New York’s One World Trade Center, the tallest building in the Western Hemisphere, where an extra 25% bonus points will be awarded.