The third leg of the 2019 Vertical World Circuit® kicked off today in Ho Chi Minh City, Vietnam with the world’s top skyscraper racers aiming for circuit points and to celebrate the inaugural Vinpearl Luxury Landmark 81 – Race to the Summit.

The fastest times up the 81 race floors and 2,383 steps of South East Asia’s highest building and the world’s 14th tallest tower were established by reigning VWC champions, Poland’s Piotr Lobodzinski in 11’35” and Australian Suzy Walsham, in 14’36” in a field of 450 runners.

“I am very happy with my victory,” Lobodzinski said. “I’m in good form and was happy with my time despite the hot conditions. I hope to keep this form until the end of the year!” he added. Second man was Australian Mark Bourne in 12’25” and third, Italian Emanuele Manzi in 13’00”.

Walsham, unquestionably the world’s number one female skyscraper racer, was second to South Korea’s Jeiun Kim in the first race of the season in Seoul after a long struggle with a calf issue. In the April 14 Milan race, she was back on top and after today’s third stage, she continues to lead the VWC ranking. “It’s a great feeling to win the first race here in Vietnam and I’m really happy with my performance,” she exclaimed. With Walsham seemingly invincible, Kim placed an excellent second in 15’02” while Laura Manninen from Finland, closed the podium in 15’44”. 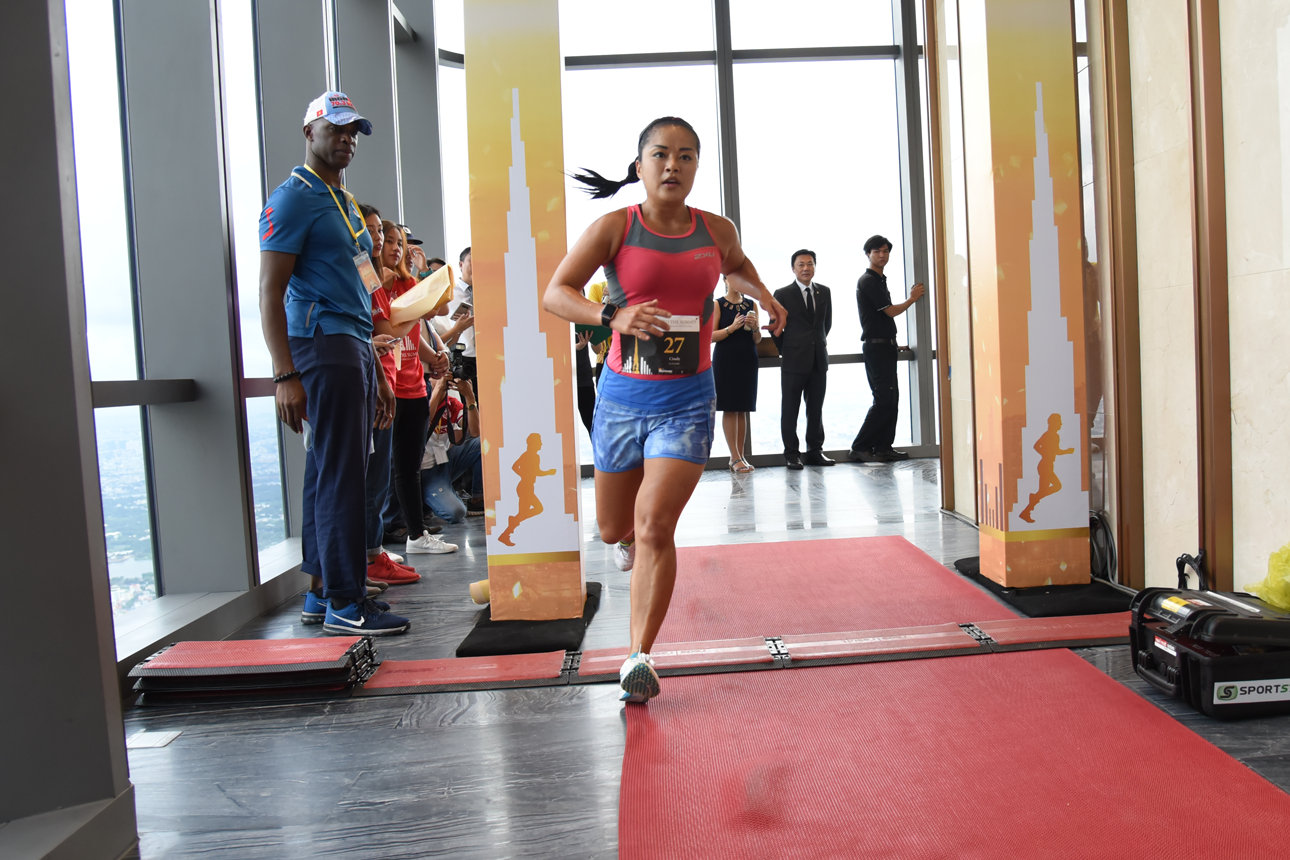 The women’s ranking continues with Walsham in the lead followed by Manninen. Kim now rises to third with Poland’s Iwona Wicha in fourth and Japan’s Yuko Tateishi, in fifth.

Luca Merlone, Vertical World Circuit® VP, was in attendance to witness the start of the elite races.

Celebrating ten years, the 2019 Vertical World Circuit® stretches across the globe from New York to London, Paris and Milan in Europe, via Dubai in the Middle East and on to Asia, hub of the world’s tallest towers in Seoul, Ho Chi Minh City, Beijing, Shanghai, Osaka, concluding with the Grand Finale in Hong Kong on December 1.

After Seoul, Milan and Vietnam, the circuit will now move to Paris on May 16 with the VertiGo in France’s tallest tower where, again, precious points are at stake for the final rankings counting five out of eleven races for the VWC champion titles and end-of-season cash prizes.