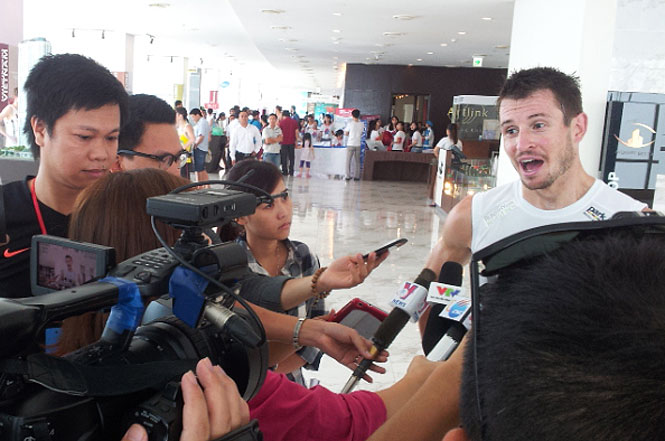 Winning the event is Dold’s second outright victory on this year’s Vertical World Circuit, earning him 100 points on the men’s ranking. The 29-year old German finished in a time of 9 minutes and 14 seconds, a new course record.

“It was a great race here at Landmark 72. I’m very glad that I could win the second race here in Hanoi. It was my second race in Vietnam and my second victory. I’m absolutely glad to be able to win this wonderful race,” Dold said.

“It was a tough race here. Mark Bourne from Australia, who won the race in New York in February when I was sick, was very strong. I took the lead around the 17th floor and then I kept pushing for the last 250 metres.” he added. The German raised his arms as he crossed the tape then collapsed on floor, exhausted. 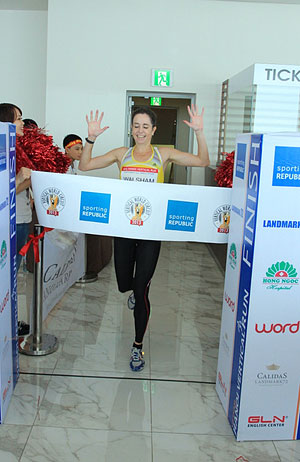 “I’m very pleased with my victory and it was wonderful to be back again in Hanoi.” she said. “It was the biggest building I’ve raced in all year but I felt a bit better than last year so I was very pleased.