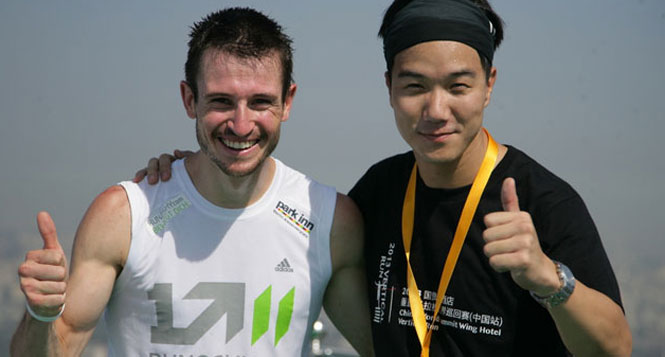 The world’s best vertical runners will be hitting the stairs of Hanoi’s Landmark 72 on Sunday for the Hanoi Vertical Run, where hundreds of participants have registered to conquer the tallest skyscraper in the nation’s capital.

Vietnam’s only stair climbing race has been selected as an official race for the 2013 Vertical World Circuit (VWC), the world’s premier skyscraper racing circuit, uniting some of the world’s most iconic skyscraper races, including the Empire State Building Run-Up in New York City. Runners who participate in the VWC will be assigned points based on their result, with the male and female competitors with the total highest scores at the end of the year being declared world champion.

His main competition should come from Mark Bourne of Australia, as he enters Hanoi undefeated on this year’s circuit, after his win in New York and Taipei earlier this year.

Other international entrants include Belgium’s Omar Bekkali, who will wear the number 1 race bib as last year’s champion and holds the course record at 10 minutes and 6 seconds. 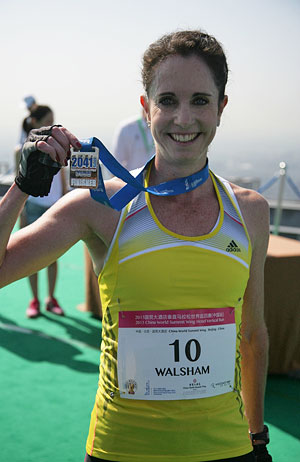 Meanwhile, an equally competitive women’s field square off for the title. Reigning world champion, Suzy Walsham, who won last year’s race, assumes the mantle as pre-race favourite. The Australian, was an 800m semi-finalist at the 2006 Commonwealth Games.

Her main competition should come from Melissa Moon of New Zealand, who won the prestigious Empire State Building Run-Up in 2012.
Moon, also a two time world mountain running champion, is no stranger to running in Asia, winning in Taipei and Singapore in 2010 and looks ready for a good time in what will only be her third race of the year.

“The quality of the international field that turns out every year for this event is a sign of how well regarded it is,” said Race Director David Shin of Sporting Republic.

“These athletes are among the most exciting in the sport, not only with their fast times, but with their proven ability to win on the biggest races in the world. We have two returning champions in Dold from 2011 and Walsham, with her memorable victory last year. They are the ones to beat, but they’ll have their work cut out for them against deep competition.”

“It is the 2nd year of the event but also the 3rd time Vietnam has been a part of the Vertical World Circuit in Vietnam. We are looking forward to celebrating that, and I am sure the elite field will put on a great show for everyone in Vietnam and show what top-end vertical running is all about.”